Cryptocurrencies have been around for a decade now, with their debut in 2008, when Bitcoin a form of Cryptocurrency was launched for the first time. Since then, it has been in the news very often and not just the news, you can find the mention of various Cryptocurrencies such as Bitcoin, Ethereum, etc. in various social media as well as mobile apps.

The cryptocurrency (namely Bitcoin) came into existence as a by-product of another invention. However, the basic concept of digital currency came into existence from the vision of some who wanted to change the way, rather the rules by which the banking system works. Here the intermediaries are excluded, by bringing the seller in direct contact with the transactions, which by the way are crystal clear.

In this article, we are going to go through everything you need to know about the various cryptocurrencies available such as Bitcoin, Ethereum, Mainston, etc. we all are confused to some extent as to what these actually are and how they work; why has it become so mainstream. We will also look at the pros and cons of using them and the future of cryptocurrencies along with a few examples of their real-world application.

As you can probably guess by now, the word Cryptocurrency comes from the words cryptography and currency. It is a type of digital or virtual currency that uses cryptographical measures. This means that the currency is encrypted before the transaction and a two-key combination is required to decrypt it. This is a security system employed for protection in the cyber world.

Due to this double-layered key structure, cryptocurrencies are especially tough to counterfeit. They were specifically designed to bring about currency to the people, which is largely decentralized. Cryptocurrencies involve blockchain technology to work their way through anonymous and untraceable transactions. As we saw, there is double-layered encryption on a cryptocurrency, meaning that before a cryptocurrency is used for any kind of a transaction, the sender will need to encrypt it with his/her private key and the recipient’s public key which needs to be shared with the sender.

Since it is made with a vision to decentralize the banking system, hence, they are theoretically safe and secured from any kind of governmental interference. They follow blockchain technology, where a distributed ledger is enforced by a number of dissimilar networks of main computers.

A Brief History of Cryptocurrency: The Bitcoin Accident

So let us begin with the history of cryptocurrencies and how they came into existence. As I said above, the first-ever Cryptocurrency, Bitcoin came into existence as an accident. It was never meant to be invented. However, the concept of cryptocurrency came for the first time in 1983, when an American cryptographer by the name of David Chaum, formulated anonymous as well as cryptographic electronic money that he named ecash.

In 1995, Chaum employed this ecash through a primitive electronic payment system called the Digicash. In this cryptographic payment system, the user software is required for the withdrawal of notes from a bank, which was first encrypted by designating them each with a specific and unique encrypted key before they could be sent to the intended recipient.

In 1998, an anonymous and distributed electronic cash system called the “b-money” was published by Wei Dai. Subsequent payment systems like these came about before finally in 2009, a Japanese cryptographer called Satoshi Nakamoto, discovered Bitcoin as an accident while trying to come up with another invention. However, the identity of Nakamoto is largely disputed, as many in the cryptocurrency world seem to believe that it is an alias or a pseudonym.

On the 31st of December 2008, Nakamoto first published a white paper introducing Bitcoin to the world, where the Bitcoin blockchain network and its functionalities were discussed. On January 3rd of the next year, Nakamoto mined the Bitcoin network block for the first time and this block was then named Genesis Block. Finally, on 22nd May 2010, the first transaction of Bitcoin was done. This day is known as Bitcoin Pizza Day. The name comes from the fact that 10,000 BTC (Bitcoin) was used by Laszlo Hanyecz to buy two pizzas.

How Does It Work?

The place where most of us are in the dark is how a crypto coin or a cryptocurrency works. As I said earlier, it uses blockchain technology to work. The first thing you need to know is that every cryptocurrency has a ledger. This is kept to maintain transparency by sharing all the transaction details with the general public. This reduces the risk of so-called double-spending. You cannot change the database without dist satisfying certain conditions. This ledger or blockchain is not owned by anyone in particular. As we said, it is decentralized, meaning that the ledger is self-run and administered.

In order to deal with cryptocurrencies, one needs to open any cryptocurrency wallet, like the Bitcoin wallet. You need to install a relevant app on your smartphone. Now while transaction, rather before it, you need two keys, your private key, and your recipient’s public key. Only with the two keys, can the data be encrypted, and then and only then can you transfer funds to another Bitcoin user. Most of the cryptocurrencies like Litecoin, Mainston, etc., all use the same technology.

There have been a number of illegal transactions like those between drug traffickers and other such shady business deals that have been heard to be done with cryptocurrencies like Bitcoin. This is a really bad impact that these digital currencies have brought forward. This is mostly due to the fact that cryptocurrencies are largely decentralized meaning no official channels and no governmental interruptions. 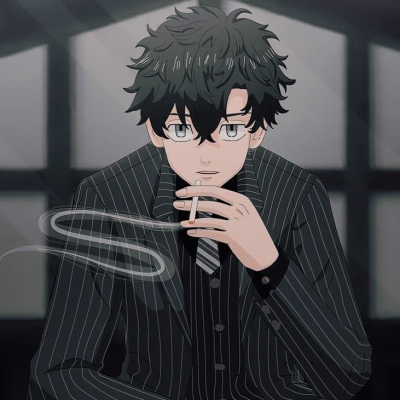